Third pearl of Youth Work, this time the protagonist is Simona Molari. Simona comes from the city of Turin, where she was born and where she lives.This video interview is part of the cycle “Pearls of Youth Work” a series of video interviews, with relative transcripts, realised within the project DialogIn Youth Work, Erasmus Plus – KA347 – Youth Dialogue Projects.

Giosef Italy: What do you do in the field of Youth Work?

In the field of Youth Work I work mainly as a trainer, within the Erasmus + programme, normally international training but also training at local level. I hold training courses in different parts of Europe both for young people, i.e. the target audience, and for those who work with young people, i.e. educators, teachers, or anyone working in the socio-educational field.
Most of the courses are courses at the level of what is called in Erasmus plus the TCA, i.e. cooperation activities between the various national agencies. This is one of the areas where I work.
Then there are also other areas such as the mentoring of young volunteers that I present within the Erasmus Plus programme, with solidarity projects, the ESC, formerly called European Voluntary Service, now called European solidarity Corps.  In this regard, I also wanted to talk about one of the courses that I teach together with two colleagues from other countries, which is called The Power of No Formal Education. What we have seen in the last few years of work is that it is such a moving concept, so different in each country, perhaps even fluid if we may say so, that to put it into a fixed definition would risk leaving it unchanged. But it’s just the opposite, so non-formal education for me is one of the absolute pillars of youth work.

Giosef Italy: Why are non-formal education and Youth Work often considered a pair? Are they also linked on a value basis?

Non-formal education implies a holistic approach, i.e. not only the hands, not only the head, but above all the heart and the framework of values. This is certainly one of the fundamental characteristics, because it involves working with people, with young people, with those who work with young people. In my opinion, the value aspect is essential, because the basis of the results of this type of education is also to talk about human rights, diversity, inclusion, all the issues with a very high value connotation. But there must also be the next step: to create a change. A change in our own surroundings, where we work, but not only where we work, because it may also be enough in our family circle, in our circle of friends. So often we forget the impact that an activity of this kind can have. Let’s think about how many people have been able to benefit from one of these projects and how many people have returned after having had this experience and have only spoken and understood and acted in a different way with respect to the values, and how many have therefore involved someone else and have managed to change in an active way.
I think this is one of the keys to Youth Work and to the combination of values. I also think that there is an absolute need not to compete with formal education, but rather to collaborate and think that we are always talking about education. So not forma, but education. The point, in my opinion, is precisely this: being able to have such an openness that, even in schools, teachers, methodologies are not purely formal or non-formal. Let’s look at it now with zoom rather than all these kinds of digital approaches, or even just a PowerPoint presentation, it has always been a business thing, we have now used it so much in the non-formal for example.And the last thing with respect to values, in my opinion very important, is also the importance of who provides this kind of Youth Work or anyway this kind of education, because this aspect of educating others and then personally not following the value for which you are in that process is very difficult. That’s why another fundamental thing for me about non-formal education and Youth Work is the part of the reflective process, so the activity done with others, but followed by a real reflection process or debriefing, as it’s called in jargon. In my opinion, an activity done, but without the due time to reflect on what has been learnt, is not an educational activity, it can be a game, but the educational part is missing.

Giosef Italy: Can Youth Work be effective without the use of non-formal education in its practice?

Well, this is a very interesting question. Certainly, Youth Work for me is effective precisely because it involves everything. It involves emotions, it involves the head, it involves action, it involves education, support, reflection, so I think without that, it’s really difficult for it to be effective. In my opinion the use of non-formal education is fundamental for effectiveness, for impact and for generating the kind of short term and long term impact that Youth Work has. Can Youth Work be effective without the use of non-formal education in its practice? Well, I am certainly biased when I say this here, but I see non-formal education as the right tool for a kind of educational process and especially for impact. We put into circulation even deep changes within ourselves, so the holistic dimension and the nature of non-formal education is absolutely effective compared to a proper educational process. And this does not mean that it is a boring process, far from it, i.e. education is not to be seen as a boring thing. One of the characteristics of non-formal education is that it also puts in place difficult dynamics, certainly because you go to work on yourself, so it is a process of continuous reflection and that can be tiring, no doubt. But it can also be fun, because there are so many methods, there is room for imagination.
And I speak for myself: I am also the result of an experience of international exchanges, many many years ago, in the last century (this year it’s 30 years) in which I participated and that made me discover precisely the street theatre, clowning, because I also do this. And it was a profound change, so it was such a long-term impact, it was so much fun, it was incredible, it made you want to get involved. Rarely is it possible to trigger with other methods, and then of course there could be many, many other methods. It would be nice to be able, as I said before, to collaborate more with the school, with the teachers, to have an impact together. This is something I would like to see. 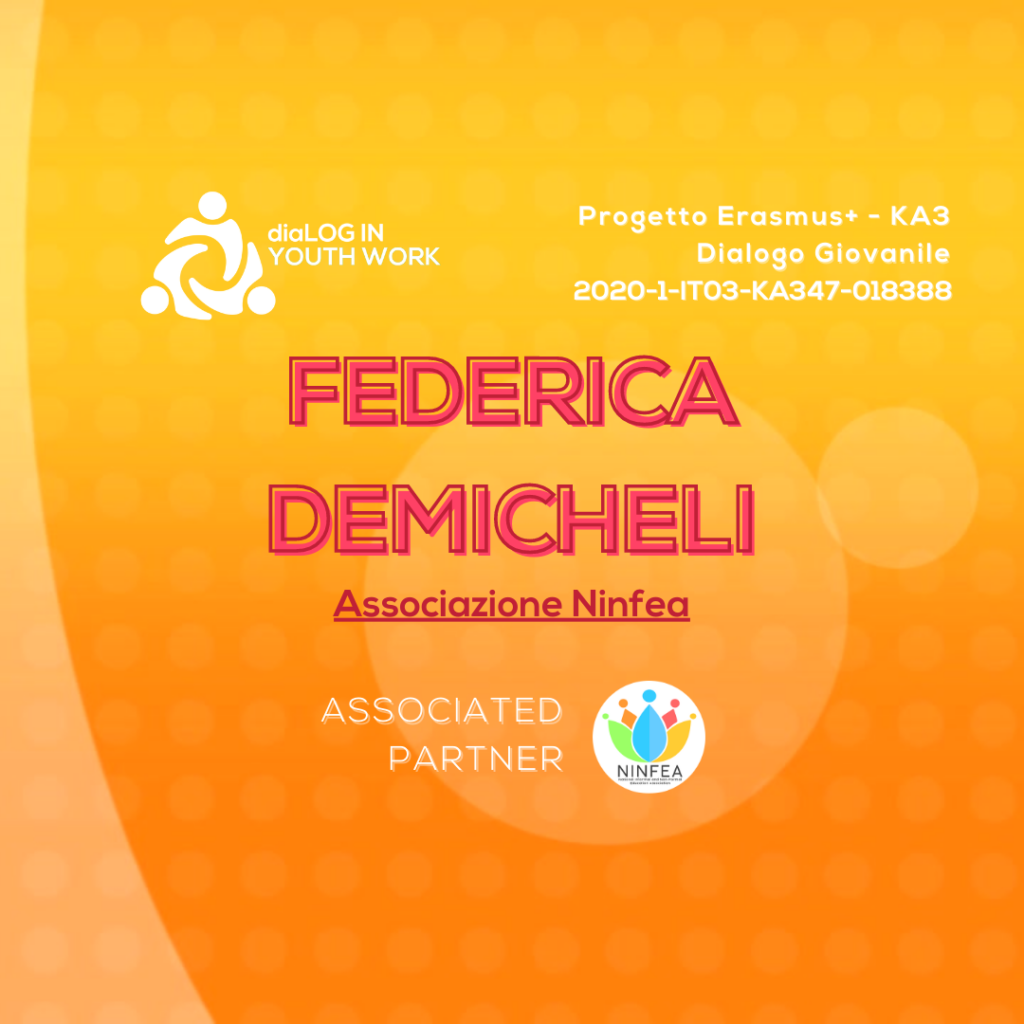 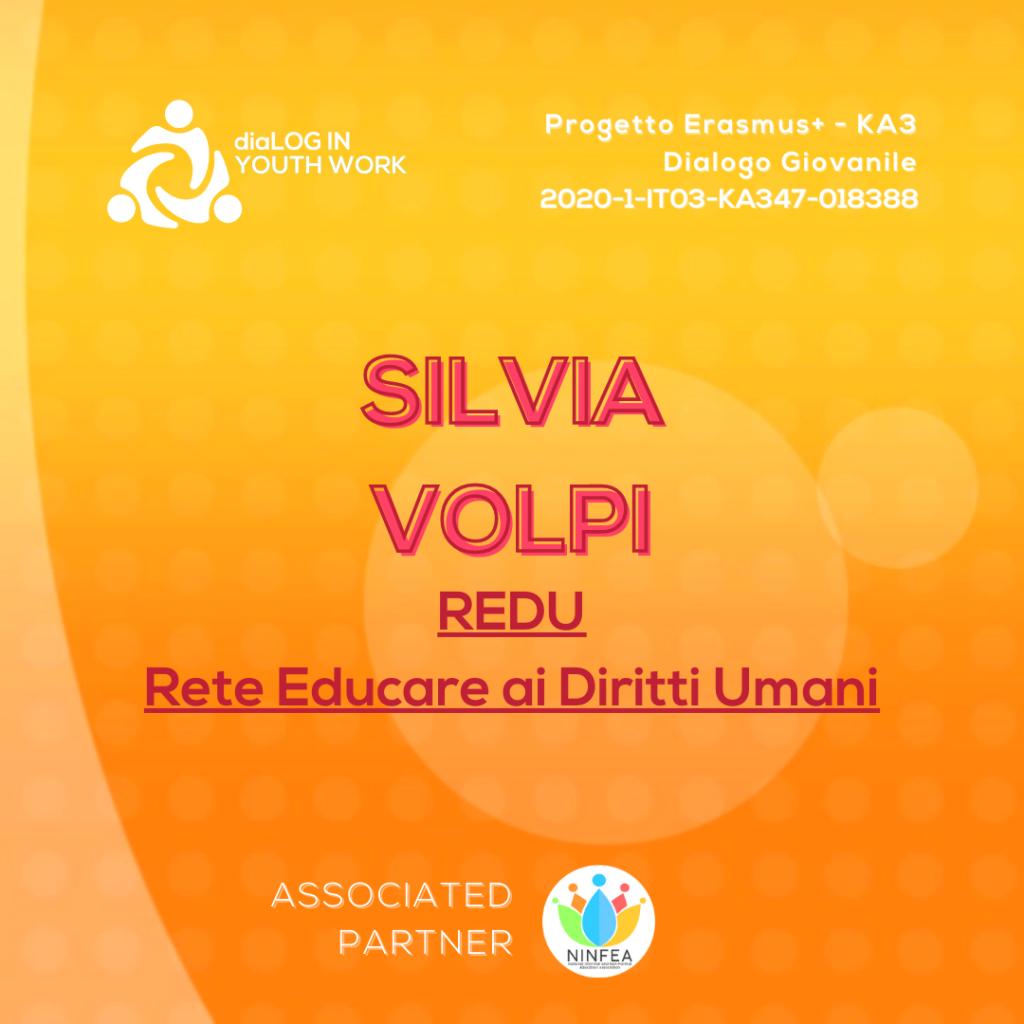