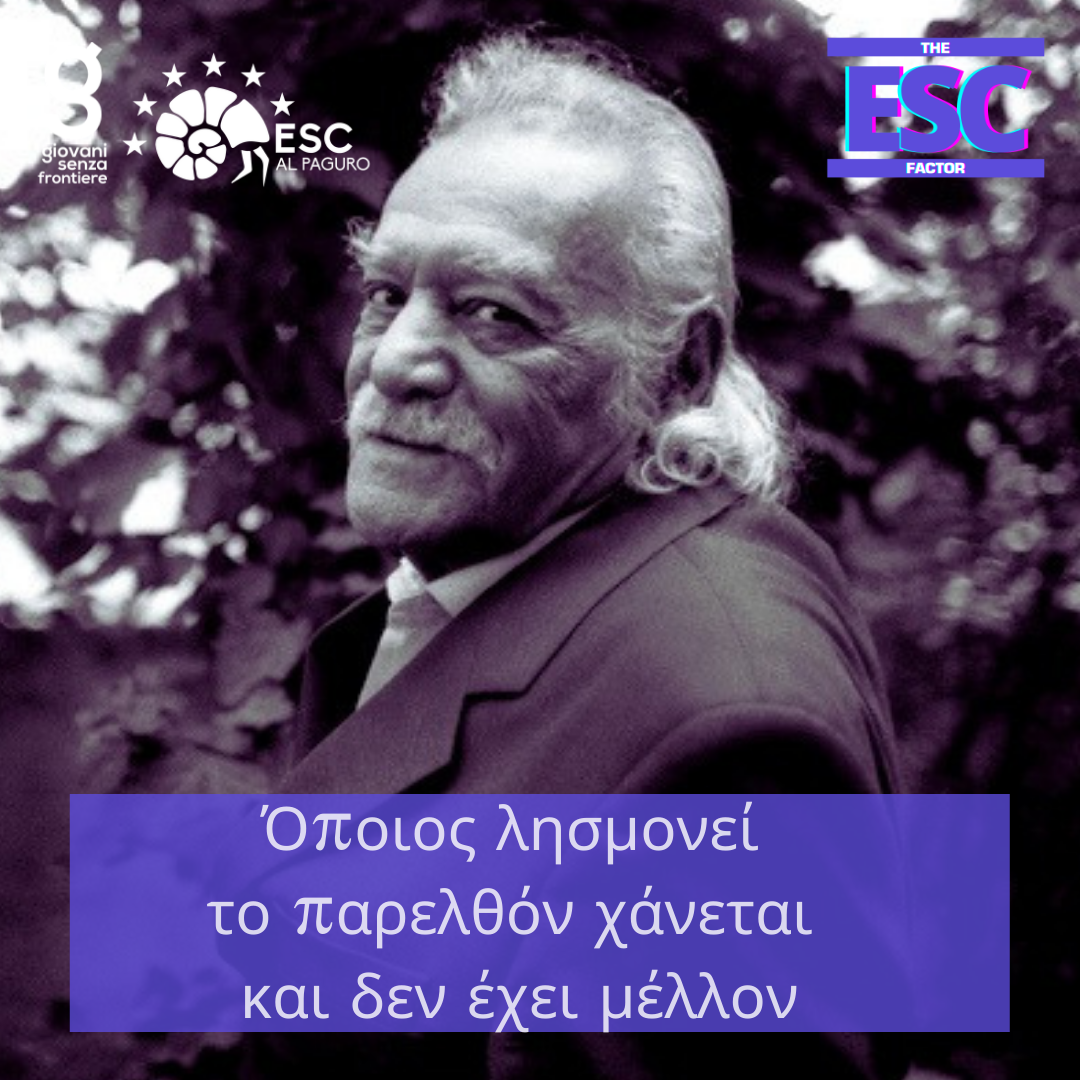 He is a man who became a symbol and that is especially known for his resistance action during the Second World War, mainly after he removed the flag with the swastika of Nazi Germany from the Akropolis of Athens on the night of May 30, 1941, together with his friend Apostolos Sadas. After the end of the Occupation, his leftist political beliefs and activism led to his death sentence three times. His imprisonment and the torture he suffered were a matter of international interest and he was finally released from prison in 1971.

After the restoration of the dictatorship (in 1974) he joined some leftist parties. In the elections of May 25, 2014, he was elected MEP with over 430,000 votes, more than any other candidate in Greece.

He was also an award-winning journalist and worked as an editor-in-chief for the left-wing newspapers “Rizospastis” and “Avgi” which are famous until nowadays. Moreover, he published six books. During his life he received a lot of awards as a recognition of his importance and of his actions. More specifically,in 1958 he received the International Award of Journalismin, in 1959  the Golden Metal Zolio Kiuri of Award Peace of Lenin and  in 1963 he received the the Lenin Peace Prize .

Did you know that deprivation “a” together with “forgetfulness”, that is, forgetfulness, make the truth? is the only language (Greek) that has this kind of explanation. so what is the truth? The abolition of oblivion. Can we forget the past? No way. Whoever forgets the past is lost and has no future.

Manolis Glezos died at the age of 97 in 2020, General Charles De Gaulle had called him “the first resistant in Europe“.

Also known as Maria da Fronteira. She is a reference point in the promotion ...
Read More