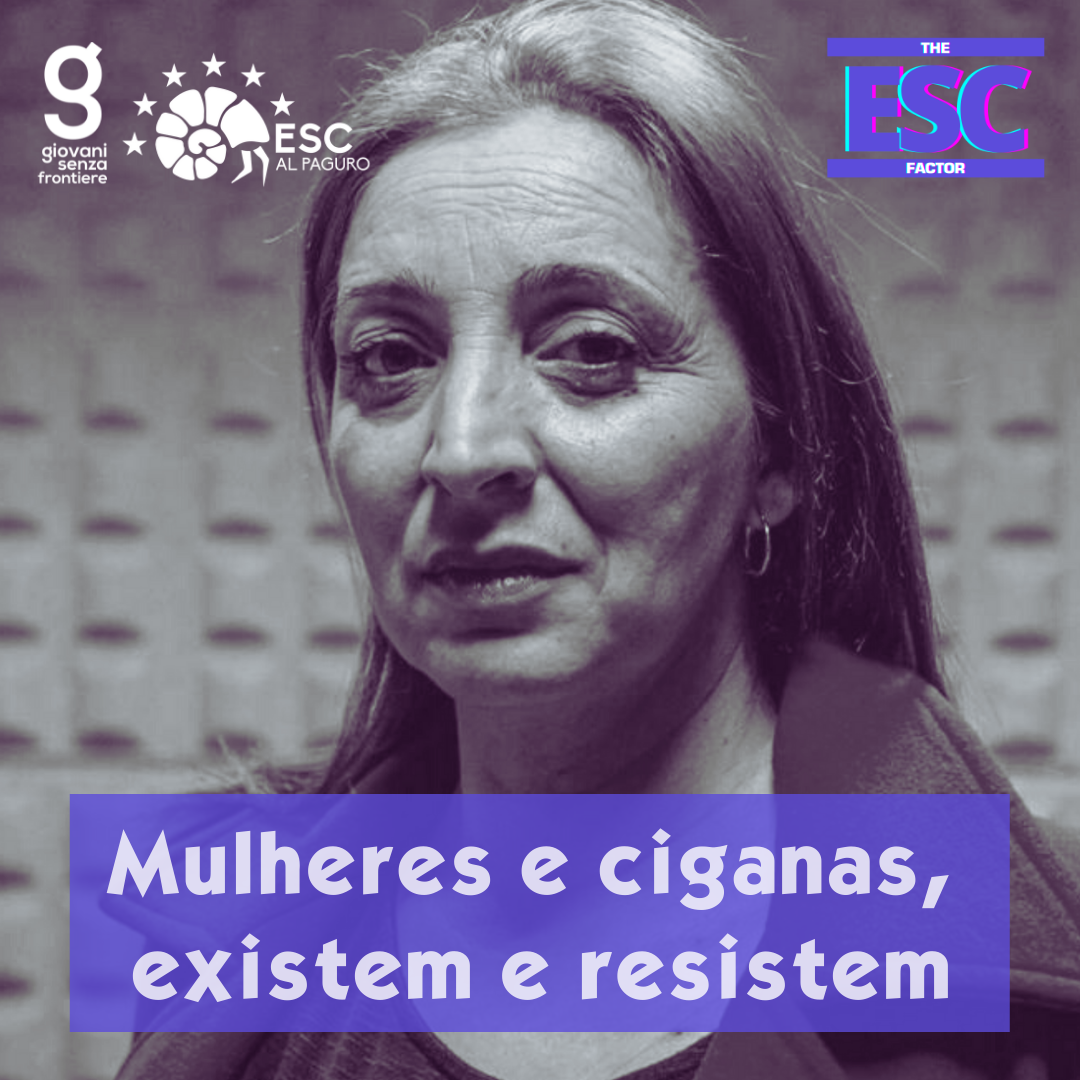 Also known as Maria da Fronteira. She is a reference point in the promotion of “Mulheres Ciganas” in Portugal. The fact is that feminism is still a movement led by and for white women in the majority, and the other women are usually forgotten. She fights for intersectional feminism, because no woman should be invisible. Maria started doing theater, forum theater, theater of the oppressed and community theater to give voice to this invisibility.

Women in the Roma community suffer from double discrimination. They are women and they are “ciganas”, which comes with a lot of negative perceptions. Even within the community, they are afraid of losing their position, culture and traditions if they take a different path. So Maria fights. She fights for the freedom of choice, the freedom to decide if she wants to study, work or marry the “Mulheres Ciganas”. That is why she gives her voice and face to this cause.

In July 2013, Maria was a speaker at the Intercultural Meeting for Inclusion in Tomar. In 2016, she was one of the faces of a national campaign against discrimination against Roma by the European Network against Poverty in Portugal, which aimed to reduce prejudice against this community.

“discrimination is lack of education”.

In 2017, Maria launched a movement based on the idea that:

which she wrote on a poster at a manifestation in Porto when she realized that she was the only “Mulher Cigana”. The women of the Roma community are still fighting for rights that others have already achieved. But some steps have been made, such as the possibility of getting an education or a job, which is difficult for them because of institutional and structural racism in Portugal.

When asked what feminism means to her, Maria Gil answered in an interview with Vogue – Portugal in 2019: