For the round “Mafie & Social Media” we interviewed Professor Davide Bennato who teaches at the University of Catania (DISUM Department of Humanities) Sociology of Cultural and Communicative Processes, Sociology of Digital Media and Digital Sociology since the Academic Year 2020/2021.
His field of research relates to the study of digital media consumption behaviour, forms of social relations on the internet and technologically mediated collective behaviour.

We asked him how this kind of approach can help us understanding the new mafia behaviour and which items of study this technology can provide into the use of social media by online criminals.

He explained to us that his research method can provide a new point of view both on the analysis of mafia social processes and on the methodologies used to fight it. Advanced tools, such as social network analysis, can help investigators in their investigations and unveil new virtual meeting places for bosses.

We have also started to reflect on criminal influencers. Who is behind the mafia social media, the last link in the chain of power, the voice out of the chorus that acts autonomously? Or are there decision-makers?
Are the bosses aware of the use that young affiliates make of these tools, and do they agree with these practices?

Professor Davide Bennato’s studies show that everything depends on the nature of the criminal organisation and the intrinsic structure of mafia. In fact, mafia differ from one another in their organisation, division of labour and balance of power. While the “ndrangheta” can be considered a network of clans, the Sicilian mafia has a more hierarchical and organised pyramid structure.In the case of the ndrangheta, therefore, keeping in touch with the “followers” is a more concrete advantage than for the Sicilian mafia and this shows how the new technologies are nothing more than the expression of a cultural and organizational logic of the mafia phenomenon to which they refer.

The other aspect to be taken into consideration for an exhaustive analysis of the phenomenon seems to be that of the economic flows that sustain mafia today. The mafia which is more tied to the new sources of earnings, such as betting centres and computer fraud, is certainly well aware of the opportunities and risks in the use of these instruments.

On the other hand, mafia of the traditional economic flows, such as drugs and prostitution have much more difficulty in understanding the complexity of these tools, but still appreciate the fact of being visible on digital platforms. Actually, in these markets the use of platforms that use end-to-end encryption, such as Telegram, should not be underestimated, because they offer spaces of freedom in communications even to petty criminals, such as drug dealers or usurers.Therefore, it can be said that, looking at mafias through the lens of social media paints a phenomenon’s picture that is full of shadows, uneven, varied and complex.

Are there already case studies on the subject based on this method? What are they and what results have they produced? If not, what tools would be needed to carry out such a study? What method should be followed?

Professor Davide Bennato told us about an interesting application of the technique of social network analysis for the creation of territorial networks, using information from digital media to reconstruct power networks within mafia enclaves. He also illustrated how, using indirect indicators, such as some studies carried out on the neo-melodic phenomenon, whose music industry is very often, though not always, contiguous to the criminal one, can provide other interesting analysis tools. In short, the insistence of online mafias in different forms can provide us with new and avant-garde tools to map the power networks on which they are based on.

Another topic of our interview was the initiative “Map of intolerance”  a project conceived by Vox – Osservatorio Italiano sui diritti, in collaboration with the State University of Milan, the University of Bari, La Sapienza of Rome and the Department of Sociology of the Catholic University of Milan. The project used computational tools to analyse specific keywords in order to draw a map of online hate in Italy.
Professor Bennato explained what such research consists of and how this kind of analysis could be adapted to the mafia phenomenon, in order to try to recreate a map of online mafia activity, which could be a useful tool for third sector associations, such as Giosef Italy, but also for investigators.

There are a lot of tools that could be activated to create new frontiers of contrast and counter-narration to the mafia phenomenon. With the use of these tools, we have the possibility of exploiting the “ingenuity” of a large slice of the mafia community, to enter the network and begin to slowly slip through it.

This is why we hope that this research is only the beginning of a more structured conversation, where data scientists like Professor Davide Bennato and representatives of the judiciary and law enforcement agencies can sit down together to understand how to use their respective information to obtain new and accurate information

The mafias are constantly evolving, together with our society, but sometimes they do so without too much awareness, leaving behind crumbs, cookies. Our task is to collect them, study them and follow them to the source of the problem, to try, together, to defeat it forever. 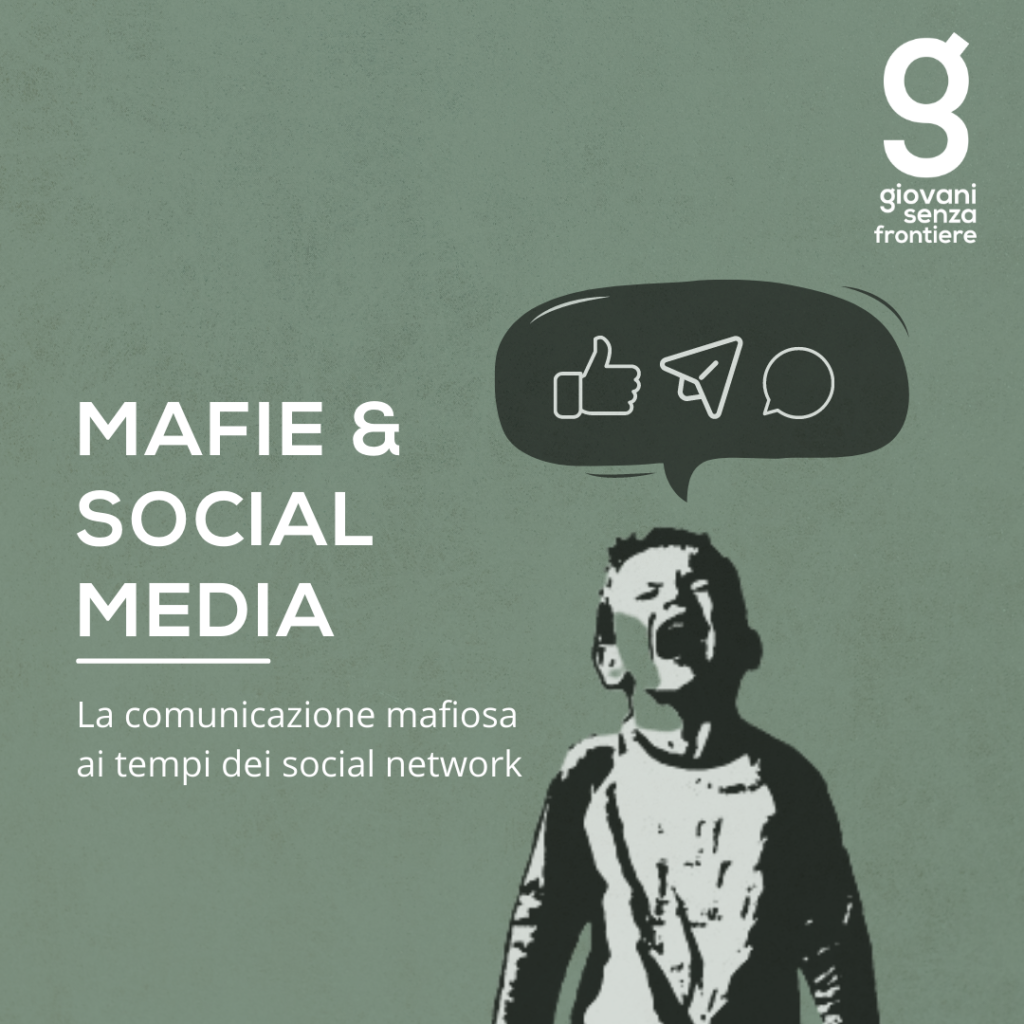 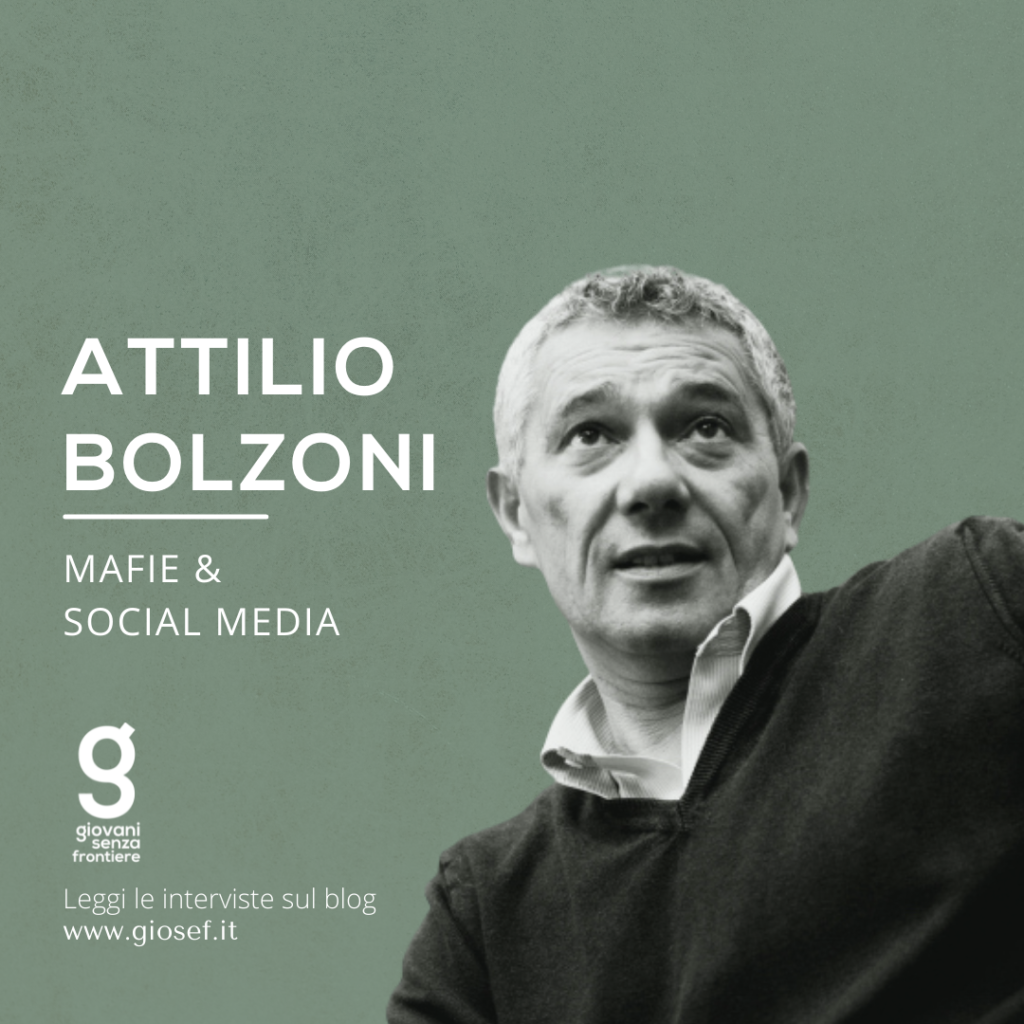